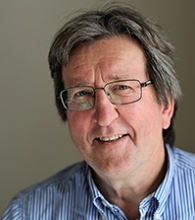 Joe spent 10 years in London following Q.P.R. and worked in advertising with Brunnings and the Young & Rubicam Group to support this addiction. He returned to Ireland to rediscover his Munster Rugby roots and joined Hunter (Saatchi & Saatchi), later becoming MD at Bates and Red Cell, and then CEO of Young & Rubicam Dublin. He has managed campaigns for iconic brands such as Land Rover, Smirnoff, Baileys, Club Orange, Johnson & Johnson, Pfizer, Bayer and Zanussi, that have won awards at CLIO, NNI, ICAD, PAA and IAPI ADFX. His involvement in Munster’s two Heineken Cup Final victories however was in a purely supportive role. He served on the Council of The Marketing Institute and is a former Board Member of Central Copy Clearance Ireland. 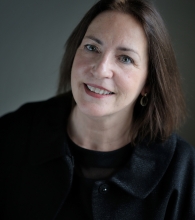 Mags McLoughlin joined CopyClear in November 2014. She has over 20 years experience in communications and marketing in Ireland and overseas, working in a variety of sectors including financial, FMCG, automotive, teleco and not for profit sectors.   She has worked on both the agency and client side of the business and as independent consultant. Mags has have extensive experience in bringing products to market, developing launch or repositioning communications, overseeing award winning creative and implementing CRM and customer retention programmes.

In 2001 Mags set up Pennies for Heaven, a euro changeover charity, which raised €7.5m for 11 Irish charities. In 2004 she took a career break and completed a Master of Creative Writing in Queens Univeristy.  She is working on her second novel. 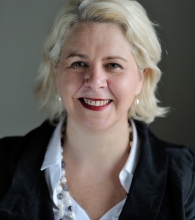 Lynne Tracey started out in the Advertising Industry in a salmon-colour linen suit and a black briefcase – well it was the 1980s and that’s her excuse. Despite the sartorial lapse, Lynne managed to find work and spent her career working in Agencies such as Campaign Advertising and McCann-Erickson in New York. She moved back to Dublin as a founding Director of McCann-Erickson Dublin and subsequently moved to the Javelin Group where she was a Board Director. Lynne is a past President of IAPI and has served on the Board of the ASAI and CCCI. Lynne currently lectures on the DIT MSc in Advertising and has been a Clearance Manager with CCCI for five years.